Scott and Bridget met in 1993 and were married in 2001. In September of 2003 we welcomed our first miracle, James. 16 months later we brought home our second miracle, Annie. And in October of 2006 our family was complete with miracle #3, Gracie. Rett syndrome entered our lives when Annie was diagnosed on May 19, 2006. This is the life of the MacDonald family as we juggle 3 small children and battle Rett Syndrome until Gods perfect time when we are cured.

Our family was blessed to be able to take a couple days to get away, relax and have some fun this week. We didn't go far, just a few hours away to an indoor waterpark resort called Kalahari. We had a blast! There was so much to do, waterslides, pools, water play grounds, arcade, miniture golf... you get the idea! Unfortunatly I didn't get too many pictures of the water stuff because Scott and James were off trying out all the water slides and I had my hands full with my girls, but trust me, tons of smiles, squeals and giggles! Annie did great with her temperature too, the water was warm and so was the air so we didn't have any hypothermic issues or purple feet!
After spending a couple days at the water park we headed to a drive through safari where you could actually feed the animals from your car window. Well, lets just say this was CRAZY! The FUN kind of crazy though! The kids had a great time here as well. After the safari we were able to get out of the car, see some animals (in cages) and the kids could do pony and camel rides. James and Grace hopped right on the pony and each took a ride. Then we went to the camel, Gracie was a bit too small for this ride but of course James hopped right on and took 2 turns (using his ticket and then Gracies). Next up was Annie! Yup, that's right, Annie rode a camel!! She loved every minute of it! 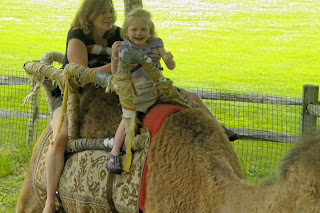 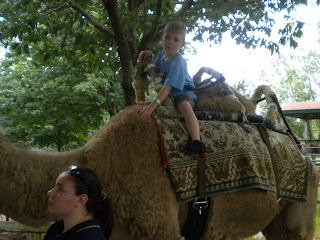 As we were driving home I reflected a bit (both girls fell asleep and James was watching a movie so it was quiet if just for a moment). I thought about all the things that we were told about Annie and her diagnosis. All the things that we were told she would never do, and I realized that they were dead wrong! We had taken a family vacation durring which Annie was able to swim, play putt-putt, feed safari animals and ride a camel! Of course these things are a bit harder for her to do and they may need to be modified a bit, but that makes it all the more special. My heart just bursts with pride when I think of all the accomplishments Annie's making despite rett syndrome! We've been told Annie would never walk or talk which at times is discouraging but mostly it just makes us work harder to defy the odds. We've been blessed with the strongest, most determined little angel!
Here's some more pics of our trip.
Gracie doing the limbo! 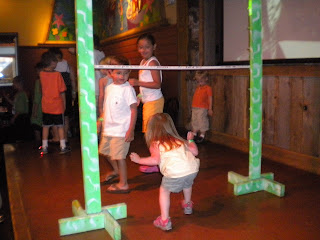 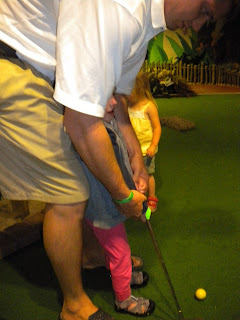 Gracie on the pony. 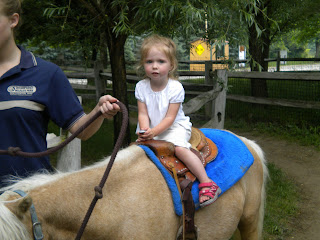 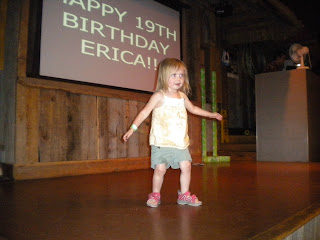 Annie checking out the lama 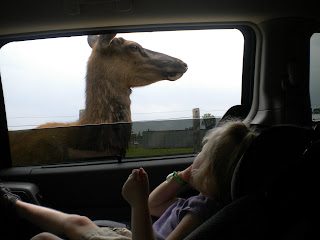 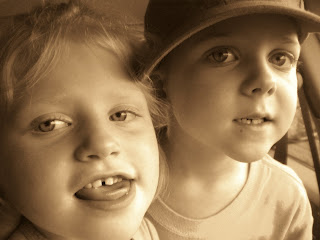 Posted by The MacDonald Family at 5:20 PM

Click the pic to learn more and donate to research

Pray For A Cure to RETT Syndrome